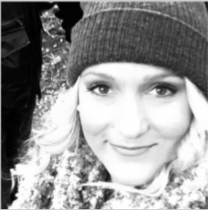 Over the next few weeks, DECATS teachers and students will remember Miss Jordan Cook as a friend and scholar. Jordan was born on January 31, 1993. She began her education at Good Shepherd Catholic School in Garland, where she was an amazing student, and she also enjoyed participating in sports and singing in the choir, as well as attending DECATS. Jordan attended Bishop Lynch High School where she had many friends whom she was very close with and was well-liked by everyone.The Student Communications Director at Bishop Lynch stated, “Jordan was the epitome of what you think a Bishop Lynch student should be.” The track coach also had positive things to say about Jordan. “She was a very sweet girl who worked hard and wanted to soak up as much knowledge as possible.”

Jordan graduated from the University of Arkansas on December 19, 2015. She dreamed of becoming a Dietician and a Diabetes Educator, especially after being diagnosed with Type 1 Diabetes at the age of thirteen. Being a caring and kind girl, Jordan always wanted to help those who battled this sickness as she did.However, on January 17, 2016, Jordan Cook was welcomed into Heaven. In order to honor this kind and caring girl, DECATS’s 2016 community service project is raising money to help those with diabetes.

During the first week of DECATS, $500 had already been raised. The proceeds will go to the Juvenile Diabetes Foundation.DECATS will continue to help adolescents with diabetes and work towards Jordan’s goal to help others battle Diabetes.

DECATS finished off its first week celebrating both Beans and Bees!
DECATS celebrates it's first theme day with the Office!
Follow "messina_gossip" on Instagram to help Drama with their play!
DECATS celebrates Shrek day today!
"It always seems impossible until it's done."
"Embrace your Passions!"